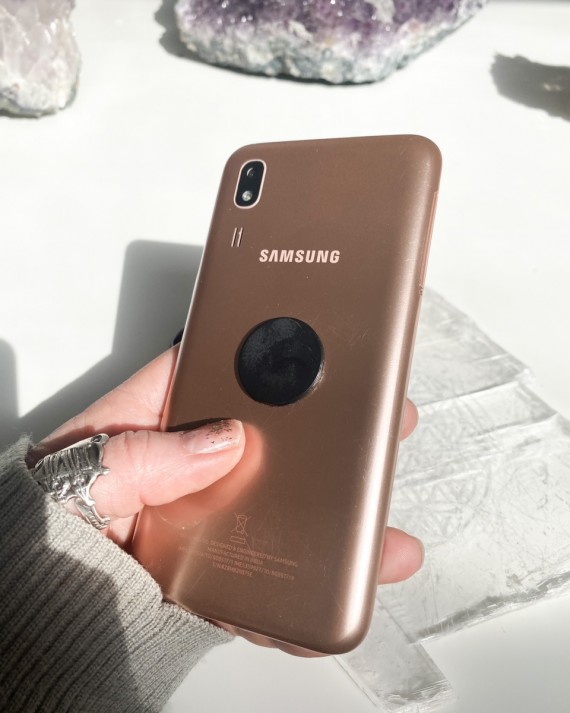 From Russia with love

Simply peel off the back and affix this Shungite Phone Disc sticker to the back of your smartphone for a more positive relationship with your mobile phone. Our 2cm discs of real Shungite from Karelia in Russia can also be used on your computers, TV screens or other electrical devices.

Shungite is used in the paint pigment “carbon black,” and it can sometimes leave a mark on surfaces when rubbed or scratched.

House of Formlab Cabinet of Curious Crystals are hand-picked with a focus on their energy when held and their aesthetic beauty.