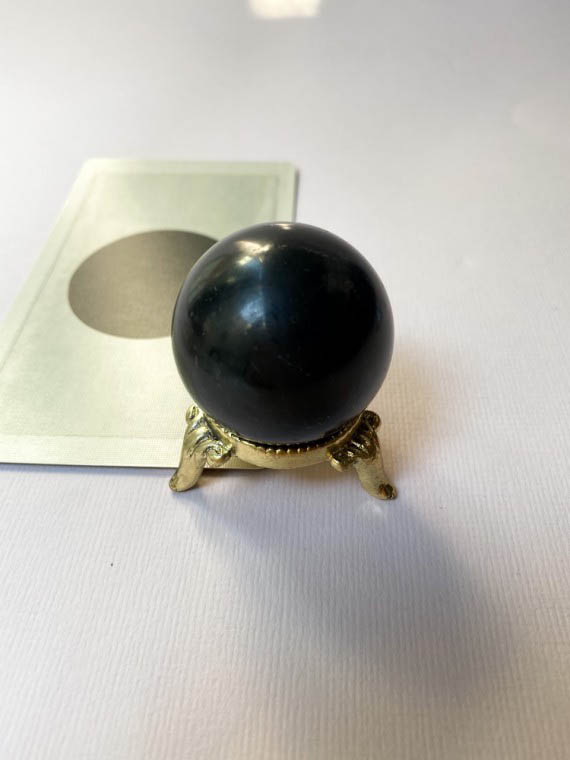 A little more pressure and it would be a Diamond

Fabulous inky black spheres of pure Shungite. We would use them on an altar or any space in need of a shift in vibrations. Shungite really speaks to a person, so you will already know if you need it.

Ideal for those suffering from fitful, disturbed sleep. As this is a sphere it is not the best form of Shungite to use in an Elixer as its perfectly polished surface may get damaged in a container. If you do wish to make an Elixer it is better to use smaller tumbled stones. Shungite is used in the paint pigment “carbon black,” and it can sometimes leave a mark on surfaces when rubbed or scratched. Each crystal comes with its own information and care scroll.

House of Formlab Cabinet of Curious Crystals are hand-picked with a focus on their energy when held and their aesthetic beauty.